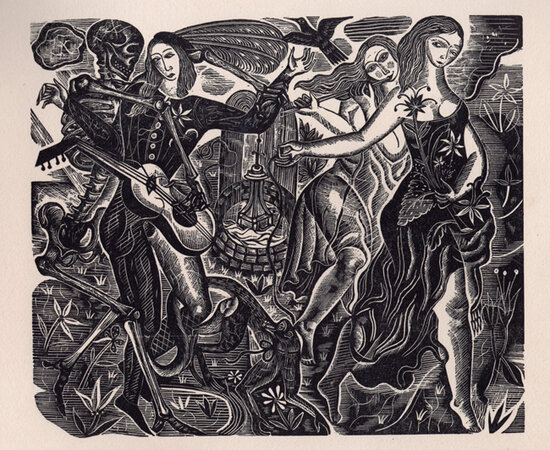 < >
Very well printed proof from the estate of the artist

A very good impression of the engraving made by Jones for an edition of Everyman suggested as a project by Robert Gibbings which was announced in the Golden Cockerel Press Spring 1932 prospectus but which was later abandoned. According to Thomas Dilworth, he found the medieval morality play ‘utterly’ uncongenial.
The image is rare as there was an edition of only 30 signed prints and a very small number of proofs.
From the estate of David Jones.