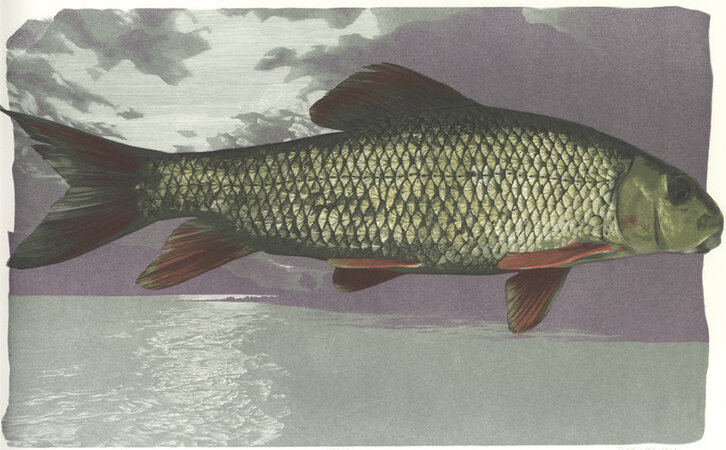 An astonishing engraving of the Shorthead Redhorse for Schanilec’s book Lac des Pleurs, printed and published in only 100 copies by the artist under his imprint Midnight Paper Sales: a real magnum opus and a tribute in engraving and words to Lake Pepin by a modern day natural philosopher.
In his boat Schanilec undertook a seven year odyssey studying the 22-mile length of the upper Mississippi River known as Lake Pepin where the Mississippi widens between Saint Paul, Minnesota and La Crosse, Wisconsin. This, the widest naturally occurring part of the river, was dubbed the “Lake of Tears” by Louis Hennepin in 1680, inspired by the tears of Indian men whose desire to kill the Frenchman was frustrated by their chief.