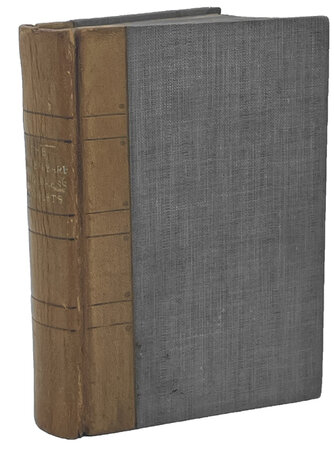 Six booklets in one, the first two with ‘Second Edition’ on the title. 16mo., bound at the WH Smith bindery c. 1930 in Cockerel style in quarter tan calf and grey cloth covered boards, spine ruled across the back and onto the sides in blind with circles tooled in blind, gilt lettering on spine. Small hole on the back of the spine and some rubbing. With the booklabel of Allan Wade and inscribed on the front endpaper, “It was the best day” Love from Vera to A. Wade.”

The two copies in the British Library and the copy in Oxford also have ‘Second Edition’ on the title, the firsts appeared in 1905.