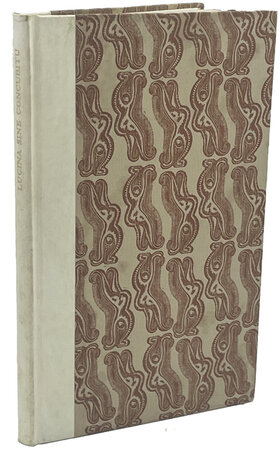 < >
Pregnancy via animalcula shaped like miniature men and women

GOLDEN COCKEREL PRESS. SAINSBURY, Hester. ~ Lucina sine Concubito: a letter humbly addressed to the Royal Society; in which is proved by most incontestable evidence, drawn from Reason and Practice, that a Woman may conceive and be brought to Bed without any Commerce with Man.

The book was written by John Hill as a hoax on the Royal Society in revenge for rejecting him from membership. The ‘premise’ was that women could become pregnant without intercourse due floating animalcula in the air which were shaped like miniature men and women - a satire on the ‘spermist’ theory that sperm were actually little men or ‘hormonculi’.
The hilarious conclusion is that for the purpose of experiment, royal edict should be signed banning sexual intercourse for a year.