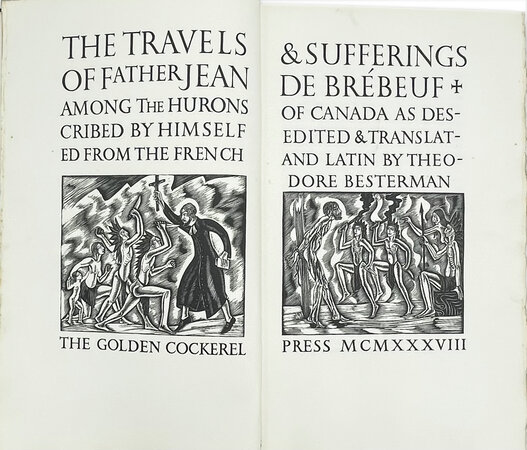 < >
One of Gill’s most spectacular engraved title pages

GILL, Eric. GOLDEN COCKEREL PRESS. ~ The Travels and Sufferings of Father Jean de Brebeuf among the Hurons of Canada as described by himself.

The Jesuit Brebeuf went to Canada from Normandy in 1625 and founded the Huron Missions in Georgian Bay.
As pointed out in the Golden Cockerel Press bibliography Pertelote, this is one of Gill’s most spectacular title pages.