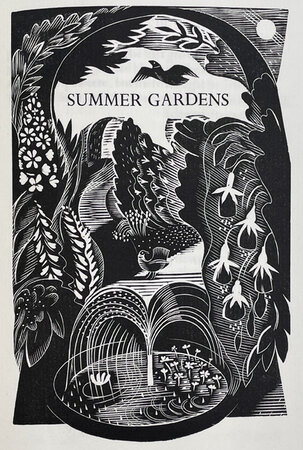 Sandford and Rutter, partners in the Press, write “One of the happiest and gayest of our smaller books...This one was the outcome of a holiday task set by one of the partners to his...fourteen-year-old daughter [Joan Rutter]...When two exercise books had been filled he saw the possibilities of a Cockerel book”
John O’Connor was a pupil of Eric Ravilious and perfectly binds the poetry together with his wood engraved garlands.