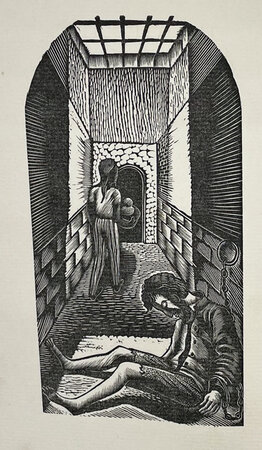 GOLDEN COCKEREL PRESS. RAVILIOUS, Eric. SMITH, Aaron. ~ The Atrocities of the Pirates; being a Faithful Narrative of the Unparalleled Sufferings endured by the author during his captivity among the pirates of the Island of Cuba; with an account of the excesses and barbarities of those inhuman freebooters

Ravilious illustrates the account, original published in 1824, of Aaron Smith who, having been captured by Cuban pirates, managed to escape only to be arrested and tried for piracy himself in the Old Bailey.