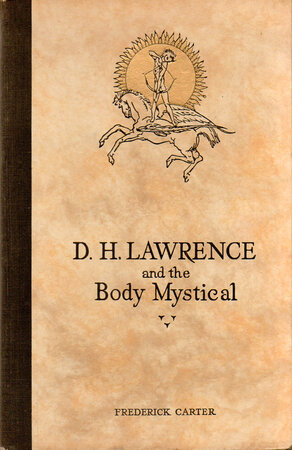 Letchworth Printed at The Garden City Press for Denis Archer 1932

Frederick Carter, the mystic, writer and artist was a friend of D.H. Lawrence and this essay and portrait is his contribution to the truth behind the man. Lawrence had himself contributed an introduction to Carter’s 1929 book Dragon of Revelation as he had been interested in Carter’s theory of the symbols in the Revelation of St. John the Divine, and this introduction was to be his last published work before his death.