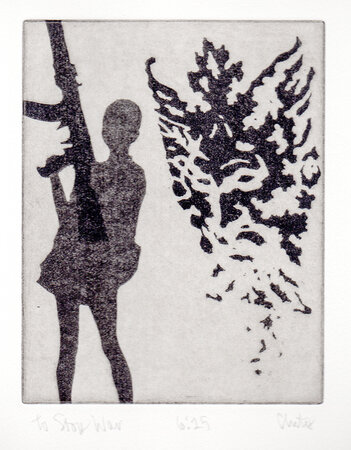 One of 25 copies numbered copies, this no. 6, of a total edition of 30. With 9 aquatint etchings by Judith Chute, 2 with colour, each numbered and signed by the artist. Text hand-printed by David Wolfe. Folio, handbound in red and gold paste paper.

The text is a poem by Joe Haldeman, the noted science fiction writer whose most famous novel is The Forever War (1974).
Photocopy editions of the book were distributed to members of the US Senate and House of Representatives as well as to British MPs in November 2008.