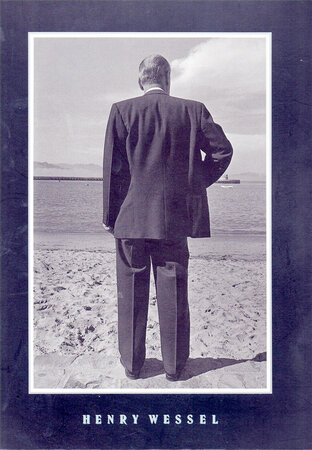 40 photographs, each on a single page, by Henry Wessel. Square 4to., original pictorial wrappers with another photograph by Wessel on the upper cover, a very good copy. Printed by Gallery Min, Tokyo for their 1987 Wessel exhibition. 1987.

Scarce catalogue of Wessel’s Tokyo exhibition with an interview with the photographer by Stefan Janacek, the Czech poet, printed in English and Japanese.
Henry Wessel is a photographer of some importance from New Jerseywho moved in the 1970s to California. He has been exhibited at the Museum of Modern Art among many other endorsements of his talent including being in the collections of the Metropolitan Museum of Art and the Victoria and Albert Museum. He had a solo show last year int he San Francisco Museum of Modern Art.