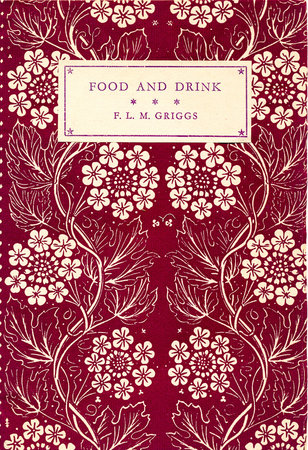 Limited edition but an unknown number. Pp. 20. 8vo, original patterned paper wrappers designed by F.L.M. Griggs and printed by the Shakespeare Head Press, printed paper label on upper cover, a couple of tiny chips out of the edge of the lower wrapper, otherwise very good.

Printed on the inside front wrapper is “With Christmas Greetings from N.B.M. Griggs, Dover’s House, Campden, Gloucestershire 1938”.
Griggs had died in June of 1938 less than 2 months after he gave this lecture to the WI. The text was printed as a memorial to him for the Christmas after his death.