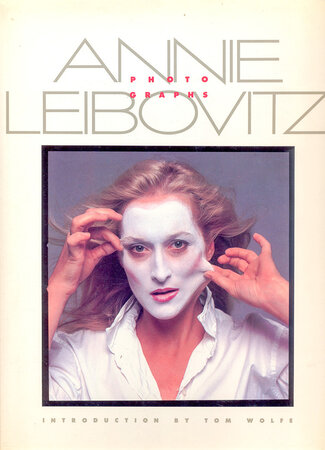 < >
Signed and dated by Leibovitz on the half title

Introduction by Tom Wolfe and an interview with Annie Liebovitz at the end. 69 portraits by Leibovitz mainly from 1980 and 1981. First edition. 4to., original grey linen cloth with white lettering on the spine, in the original dust jacket with very slight darkening and a long tear, otherwise a very good signed copy.

With several of Leibovitz’s most important images.
Signed and dated “April 8, 1964 L.A.” by Leibovitz on the half-title in a huge hand.