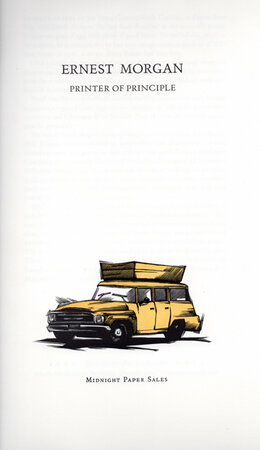 One of 200 ordinary signed copies. 4 colour wood engravings by Gaylord Schanilec, 8 other illustrations. Text set in Pholiphius with Blado italics. Tall 4to., original cloth backed boards in the original slipcase. As new

The text of the book was transcribed from the tapes of an interview Gaylord Schanilec conducted with Ernest Morgan in North Carolina in 1997.
The introduction and afterword by Will Powers who began his career as an apprentice in Ernest Morgan’s Antioch Bookplate Company.