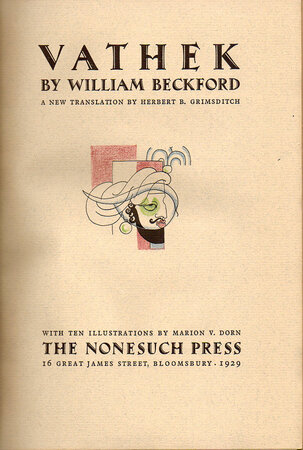 The chromolithographs by Dorn, McKnight Kauffer’s wife, were the first to be printed at the Curwen Press for book illustration.
Vathek combined popular Oriental elements with the Gothic novel. It was composed in French in 1782 and then translated in 1786, claiming to be translated directly from Arabic.
Booklabel of Clarence B. Hanson, Jr.