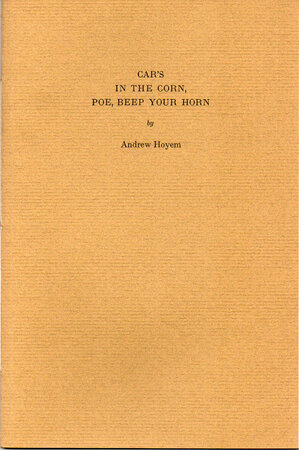 One of 400 copies printed for the Roxburghe and Zamorano clubs and for subscribers to the Arion Press. Set in New-Didot type. 8vo., original printed wrappers. A fine copy.

A 16pp. paper which Andrew Hoyem delivered to a club established in 1950 that remains resolutely unnamed, consisting of a dozen gentlemen who live in the San Francisco Bay Area which meets ten times each year for the reading of a paper by a member at a dinner hosted by another. Hoyem spoke about Edgar Allen Poe.