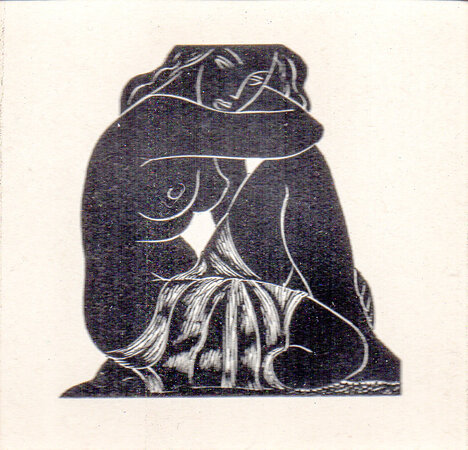 Original proof wood engraving, being the second working of the block. 5 x 5 cms.

Dolores, by Algernon Swinburne. printed privately by Stols of Maastricht for Baron Emile van der Borch with 11 wood engravings by JBW. The first edition was printed in 50 copies and the second, as here, with the wood blocks being further worked in an edition of 40 copies. A third edition of 10 copies was made up using text from the second edition and pasted images from the first edition.