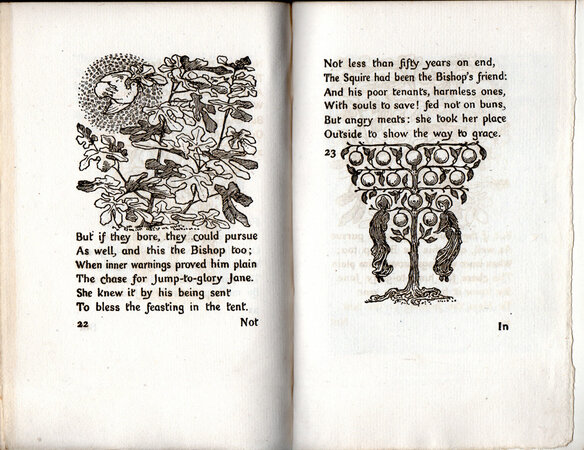 < >
One of only 100 copies in an elaborate vellum, gilt binding

Edited by Harry Quilter. No.87 of 100 copies printed on Van Gelder paper in a special vellum & gilt binding, with an authorizing name of the publisher in ink. First trade edition, the book was originally published in an edition of 50 in 1889.8 plates and 36 other illustrations in the text designed, invented, drawn and written by Lawrence Houseman. 8vo., original vellum over boards, decorated in gilt. Vellum a bit grubby and a little browning to paper edges and free endpapers, boards pulling a little but generally a handsome copy.

A really beautifully presented book with Housman’s illustrations wending round the calligraphic-style printing of Meredith’s poem.