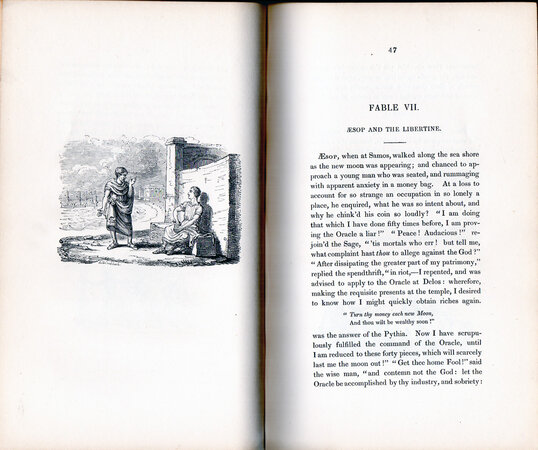 The preface is signed by ‘Job Crithannah’ an anagram of Jonathan Birch. The fables are varied and include such tales as The Thistle and the Wheat, The Truant Ass, The Warrener and the Ferret, The Boy and the Rattlesnake, The Ruin and the Ivy. Aesop and the Libertine and Prometheus and Man.
Robert Cruikshank was the elder brother of the famous George and son of the Socttish bpainter and caricaturist Isaac Cruikshank.