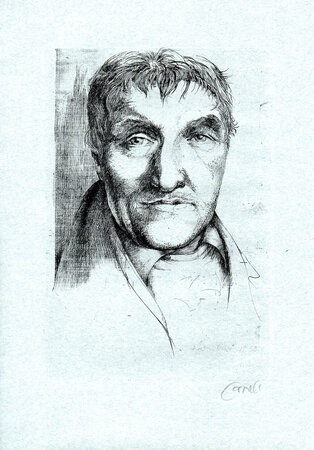 Northampton published by Leonard Baskin at the Gehenna Press 1964

One of 50 special numbered copies with an extra suite of etchings on large white Rives paper, signed, titled and numbered by the artist. 21 etchings by Thomas Cornell on blue Fabriano paper plus the extra suite, all signed except the frontispiece, as issued. Designed by Leonard Baskin. Loose in a full leather chemise and laid into a leather and cloth tray case with the extra etchings in a cloth portfolio. Spine of box a little worn, otherwise very good.

Babeuf led the so called “Conspiracy of Equals” against the French Directory in post-Revolutionary France, for which he was executed in 1796. He is now seen as the first communist.