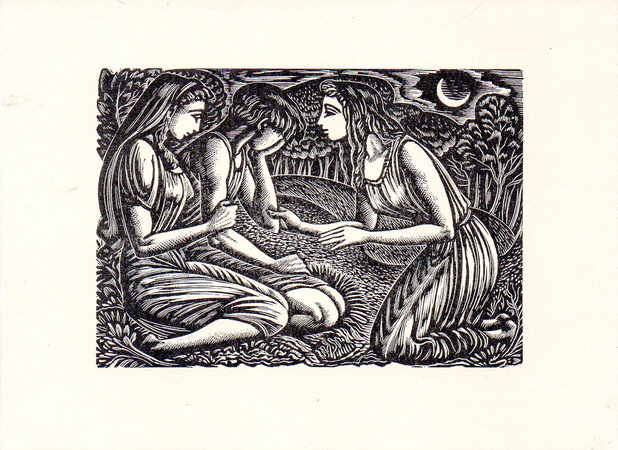 Engraving for p.145 of Endymion, Book IV, by John Keats published by the Golden Cockerel Press in 1947. The book contained no less than 58 wood engravings by JBW which he worked on from 1944 until 1947. It was published in a total edition of 500 copies.

“Tell me, my lady-queen, how to espouse/This wayward brother to his rightful joys”