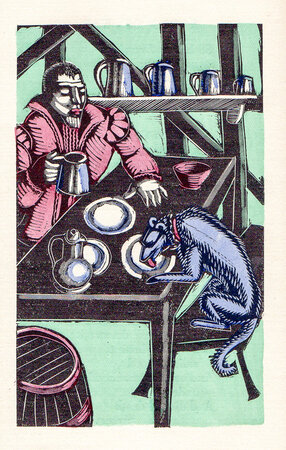 Tipped in is a publisher’s label for Humphrey Milford who presumably took over the distribution of the book.
John Taylor was a Thames waterman who rose to become the organise of pageants for special occasions. He also fancied himself as a poet publishing several collections of his works. He was famous for his publicity stunts such as his supposed feat in 1622 of rowing down the Thames in a boat made of paper with two fish tied to canes for oars.