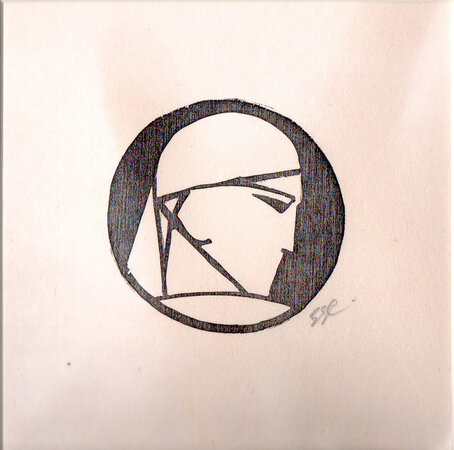 Woodcut in black on Japan paper signed by Gordon Craig with his monogram in pencil. Second state with the rim cut away. Image size 6.3 cms diameter.

The profile of Hamlet was originaly intended for Horatio but was not used, it was reproduced as a small stamp on the cover of some of the full morocco deluxe edition of the Cranach Press Hamlet.
This second state was printed in around 23 copies.