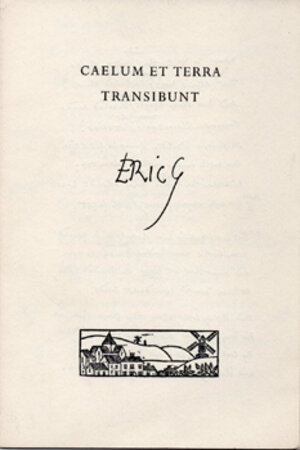 < >
One of 200 keepsakes for the Roxburghe & Zamorano Clubs

San Francisco Cranium Press for the Roxburghe and Zamorano Clubs 1972

The original manuscript and corrected proof of this poem composed by Eric Gill in August 1921 while travelling on a train to Ditchling are now in the Gleeson Library in the University of San Francisco. The poem first appeared in print in The Game in March 1922 printed at the St. Dominic’s Press.