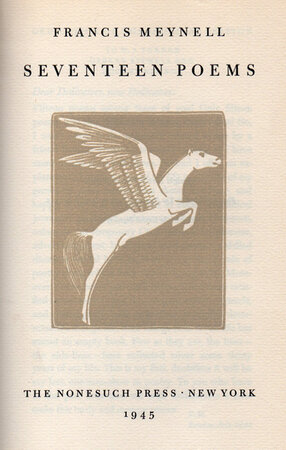 Pegasus was originally designed by Eric Gill in 1914 as a bookplate for Francis Meynell.