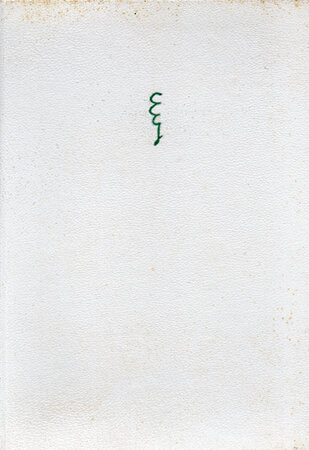 < >
One of only 100 special copies, this signed and inscribed by Eric Gill’s son Gordian

No. 45 of 100 special copies, signed by the artist’s son, Gordian Gill. 24 illustrations of life drawings by Eric Gill. Small 4to., [17.5 x 25 cms], original full white cloth,Gill initials and titles in green to upper cover and spine, in mildly worn glassine wrapper. Some spotting to covers, which are very slightly bowed, and darkening to endpapers, otherwise a good copy.

With an introduction by John Rothenstein explaining that Gill only started life drawing in 1926 when he was 44, which would seem very late except that Gill wrote, “Drawing from life properly comes late in life rather than early. For the training of imagination is the first thing to be seen to...”.