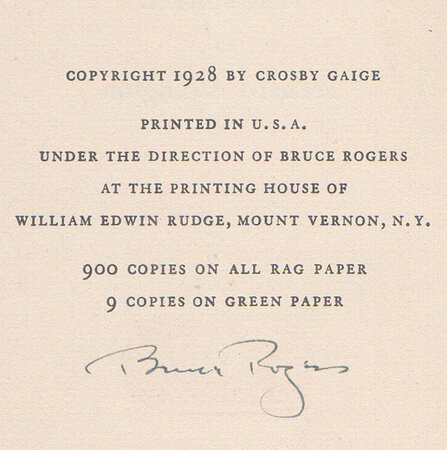 Signed by compiler and translator, Richard Aldington, on the half title and by the book’s designer, Bruce Rogers, on the copyright page. One of 900 copies printed on rag paper by William Edwin Rudge. Poems in Italian, French and English, with brief biographies of each poet. Pp. 240. 8vo., original blue cloth, gilt rules and lettering to covers and spine. Mild darkening to spine and rubbing to cloth, a few faint spots to endpapers.