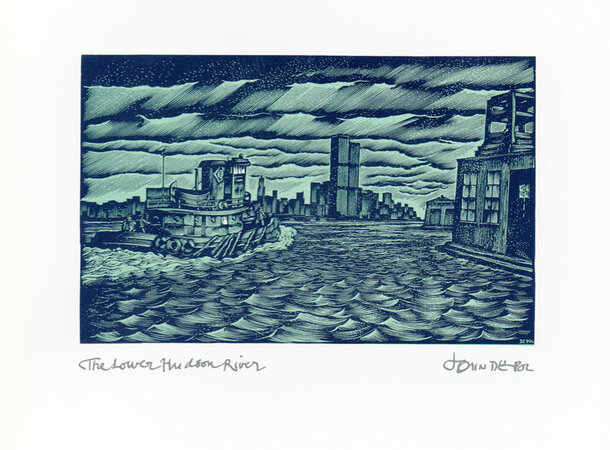 < >
28 wood engravings, most signed and inscribed

The collection includes 28 proof wood engravings most of which are inscribed and signed by the artist with editions varying between 20 and 110 copies and several of which are of printing presses. There are also a number of Christmas cards incorporating DePol illustrations including lithographs and wood engravings dating from the 1940s to the 1990s one with a tls describing the illustrations on that particular card.
There are also 7 prospectuses for books with DePol illustrations and a publication by the Endgrain Press of New York: ‘Places and Things. A Few Miscellaneous Wood Engravings by DePol published in New York in 1951.

John DePol (1913-2004) was a New York wood engraver. He was inspired by his city and was well known for his work with John Fass of the Hammer Creek Press, the Yellow Barn Press (we have several engravings here for their book “William Morris, Master Craftsmen’ and other works) the Stone House Press