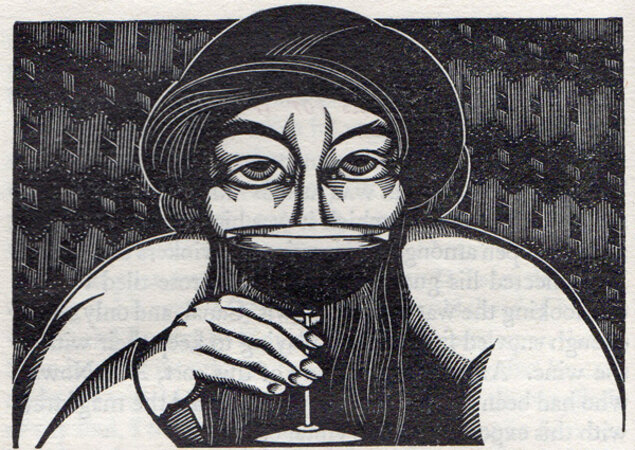 8 wood engravings by Robert Gibbings. One of 500 copies, this no. 342. Printed in red 8vo., a very good, bright copy in the original linen backed bright red paper covered boards, gilt lettering on the spine, in the original rather worn and chipped printed dust jacket with Gibbings engraving on the front, patterned paper endpapers heightened in gilt.

Edward Powys Mathers, translator of Oriental poetry, poet, cryptic crossword compiler and a favourite of the Golden Cockerel Press, is most often remembered for his version of One Thousand and One Nights which he translated from Mardrus’s French translation. He also famously freely translated the work of the Kashmiri poet Bilhana, a beautiful love poem from the Sanskrit which he published as Black Marigolds and which was quoted in Cannery Row by John Steinbeck.