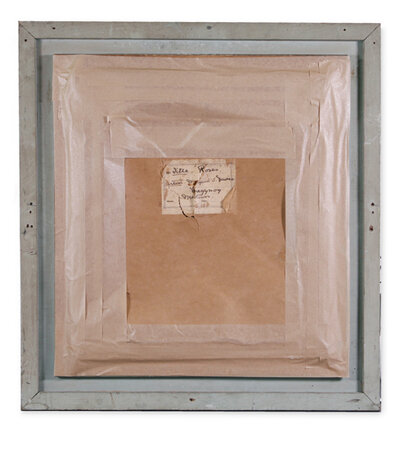 Oil painting on canvas, signed by the artist. 46 x 40 cms. In the original wooden frame with the original exhibition label on the back with title, artist and Gregynog, Newtown written in ink.

Margaret Sidney Davies, known as Daisy, was one of the two extraordinary Davies sisters of Gregynog, Newtown in Wales who founded the Gregynog Press, put together an astonishing and important collection of paintings, now in the National Museum of Wales, who founded a major music festival in their home as well as following the ideals of the League of Nations by trying to improve the living and working conditions of the poor by supporting the Welsh National Council of the League of Nations Union.
Margaret Davies was a keen amateur painter throughout her life and here we have a good example of her work presumably inspired by the artists she admired.