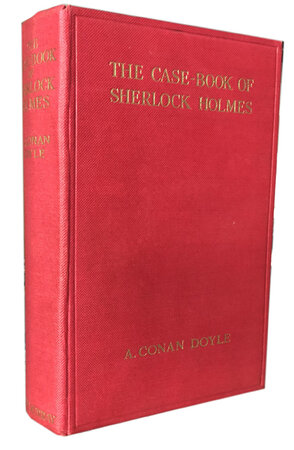 Arthur Conan Doyle (1859-1930) became famous through his Sherlock Holmes stories. He thought he had killed his ingenious detective off in ‘The Final Problem’ of 1893 but he rose from the dead for ‘The Hound of the Baskervilles’ in 1902. Due to popular demand Doyle continued writing short stories about Holmes and Watson for most of the rest of his life. This is his last published book and very last of the Holmes series.