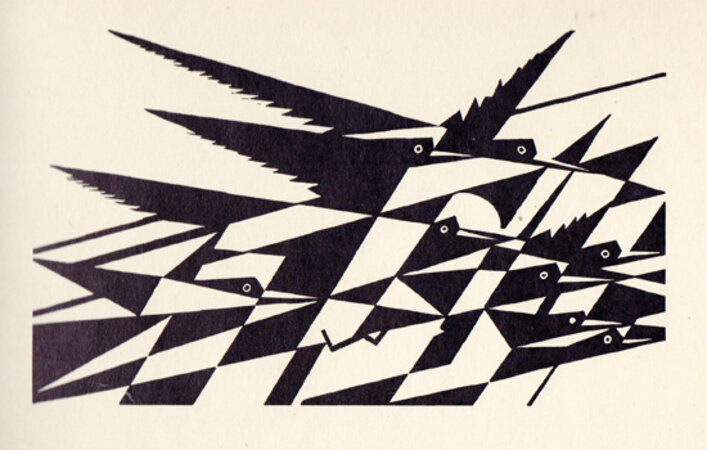 London printed at the Baynard Press for Duckworth & Co. 1922

Includes some astonishing work such as McKnight Kauffer’s ‘Flight’, two marvellous Gibbings woodcuts, Edward Wadsworth’s ‘Yorkshire’, Raverat’s ‘Bathsheba’ and Margaret Pilkington’s ‘Echo’.
A marvellous book by the Keeper of Prints and Drawings at the British Museum which celebrates the beginnings of the reflowering of the art of cutting and engraving on wood in Britain in the first half of the 20th century.