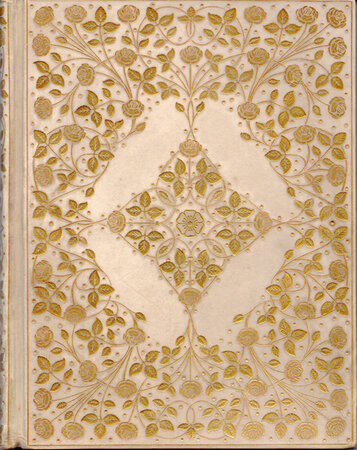 Beautifully and delicately bound for Hatchards, probably by Sangorski & Sutcliffe, in full vellum with elaborate rose sprays and leaves in gilt on both covers and spine.

Sangorski & Sutcliffe had a close relationship with many of London’s bookshops and produced bindings for Hatchards, Sotheran’s and Bumpus amongst others.
Caroll Carstairs was an American art dealer who served in the Grenadier Guards of the British Army during World War I, having represented himself as a Canadian. He saw a great deal of action, won a Military Cross and was severely wounded at the end of the war. He wrote one of the key WWI memoirs, A Generation Missing, which was published the same year as this book of mainly war poems, 1930.