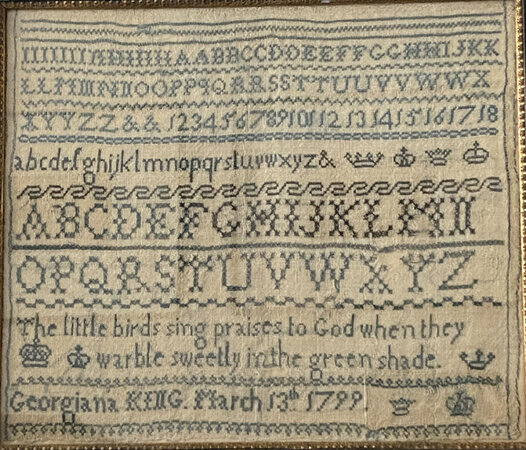 Mainly in blue thread with alphabets and numbers above two lines of verse - “The little birds sing praises to God when they warble sweetly in the shade” with ornamental crowns presumably to reflect the surname of the young seamstress. 29 x 34 cms. Framed.