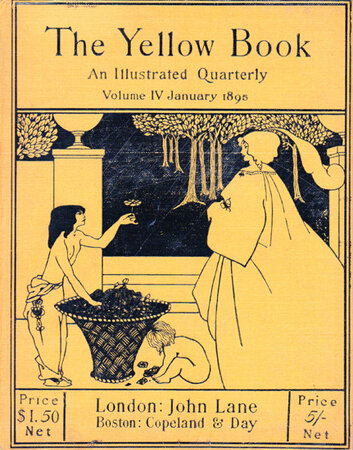 A complete set of the most famous periodical of the 1890s. It became infamous when it was rumoured that Oscar Wilde was reading it when he was arrested (he was in fact reading Pierre Louys’ Aphrodite). It began as an avant garde publication with new departures in literature and art especially with Beardsley’s graphic contributions. However it became more conservative and mainstream after Wilde’s arrest. It remained very popular and was widely owned and read with contributions by Henry James, Max Beerbohm, Yeats, Le Gallienne, Charles Conder, Baron Corvo, Kenneth Grahame, etal.