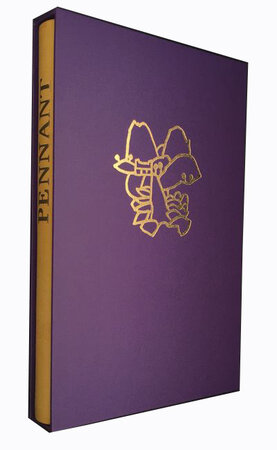 The text is taken from Thomas Pennant’s famous eighteenth century work ‘A Tour in Wales’ and is here edited with an introduction by Gwyn Walters who perfectly captures the spirit and writings of the great naturalist and antiquarian who originally came from Flintshire.
Rigby Graham’s illustrations, which dramatically blend the eighteenth and twenty-first century landscapes are exciting and vibrant and stand as a monument to his remarkable achievements as an important British illustrator and printmaker.