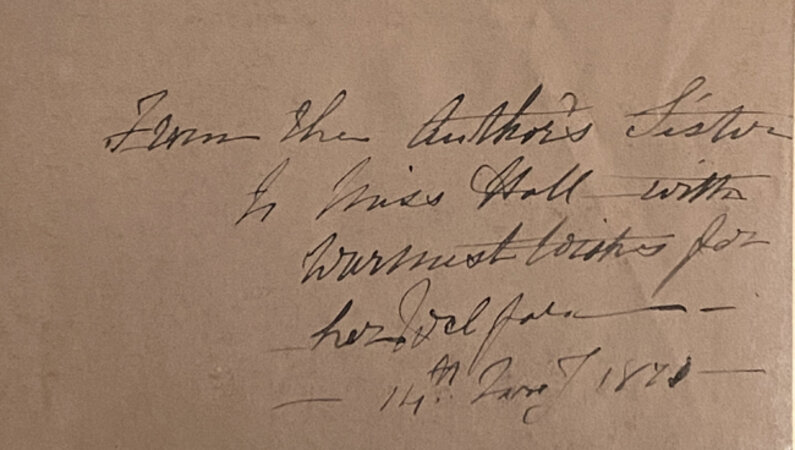 MITCHELL, Sir Thomas Livingstone. ~ Journal of an Expedition into the Interior of Tropical Australia.

Booksellers label from Melbourne.
With a presentation inscription from Mitchell’s sister: ‘From the Author’s sister to Miss Hall, with warmest wishes for her welfare’.
Between 1831 and 1848, Mitchell made four major expeditions into the Australian interior. Mitchell's final, year long expedition sought to solve once and for all the question of the drainage of North-Eastern Australia. He set out in December 1845 with Edmund Kennedy as second in command and proceeded north into tropical Queensland. He had hoped the Barcoo River (what he called the Victoria) would lead all the way to the Gulf of Carpentaria and thereby provide an overland route between Sydney and Port Essington on the Gulf of Carpentaria. A very good copy with a lovely association.