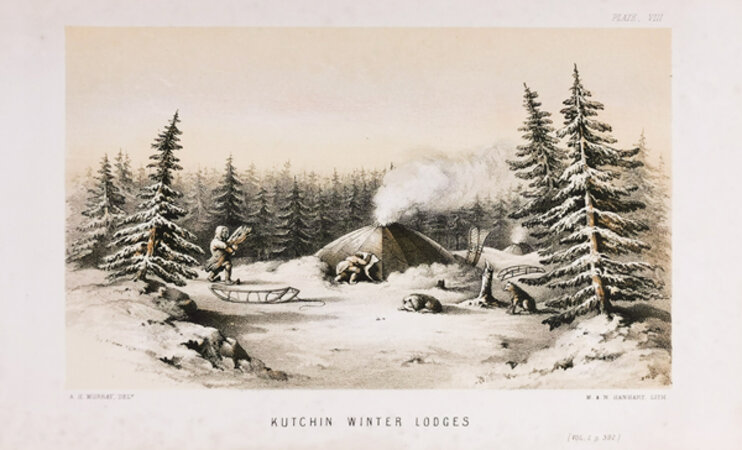 RICHARDSON, Sir John. ~ Arctic Searching Expedition: A Journal of a Boat Voyage Through Rupert's Land and the Arctic Sea, in Search of the Discovery Ships under command of Sir John Franklin

First edition of this account of a voyage to the Arctic regions, in search Sir John Franklin's expedition, by Sir John Richardson (1787-1865). Richardson studied in the medical department of the University of Edinburgh, entered the navy as assistant surgeon in 1807, and was at the taking of Copenhagen. He was surgeon and naturalist to Sir John Franklin in his arctic expeditions in 1819-'22 and 1825-'7. He commanded one of the three expeditions, to which this work is dedicated, that went in search of Sir John Franklin in 1848, and returned in November, 1849. Sir John Franklin (b. 1786) had departed in 1845 with an expedition of 129 men on board of the 'Erebus' and the 'Terror' to find the northwest passage from the Atlantic to the Bering Straits. Nothing was heard from him again. No less then 40 expeditions were send out to find him. Many of these expeditions resulted in very useful geographical information: in 1850 for example the Northwest route was actually found by McClure. In 1859 the remains of the expedition were found at Cape Victoria proving that Franklin had died in 1847. In 1930 further remains were located in King Williamsland by a Canadian airman. The work includes a number of images of a sub-Arctic Athapaskan tribe, the Kutchin, whom Richardson visited in far northwest Canada in 1848. These published images and Murray's original drawings, known to scholars only through photostats in the British Columbia Provincial Archives, are the best early images of the tribe. Part two contains an appendix devoted to the physical geography, climatology, flora, insects and vocabularies of the polar regions, and concludes with an explanation of the two plates with leaves in the first part.