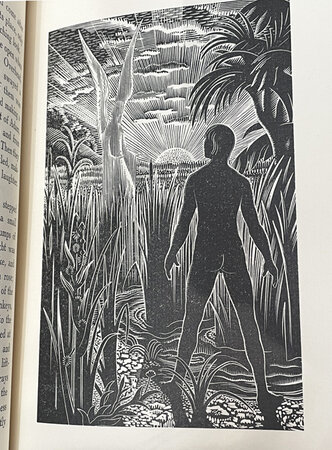 An Adam and Eve based story. Sandford felt that this was some of Webb’s best illustration work and says of the paper used, it was ‘lovely stuff’ and that he particularly enjoyed using ‘fantastical type...the effect of the Cochin, with the Fry’s Ornamented type for the...title-pae and the initial letters...had quite a different effect from anything else I had done’.