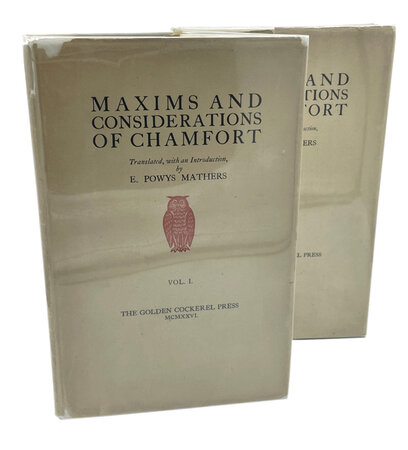 Chamfort was an extraordinary man who was secretary to Louis XVI’s sister, a member of the Jacobins and when the French Revolution went sour spoke out which led to his arrest and he died of the effects of his desperate attempts at suicide.
Chamfort’s maxims, which were highly praised by John Stuart Mill, are seen as some of the best of their time and they are entirely applicable to today.For example - No. 84: ”Your intelligence often bears the same relation to your heart as the library of a château does to its owner”, and no. 331: “There aren't many benefactors who don't say, like Satan: ‘All these things will I give you if you bow down and worship me.’”