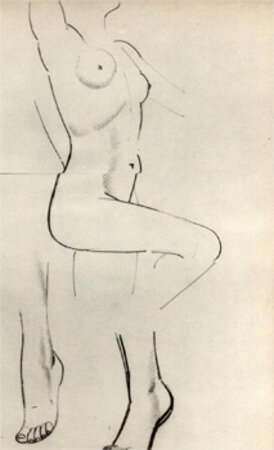 First edition. 24 illustrations of life drawings by Eric Gill. Sm. 4to., original red cloth with Gill’s monogram in gilt on the upper cover. Darkening and a little marking to edges, free endpapers rather browned, without the jacket.

With an introduction by John Rothenstein explaining that Gill only started life drawing in 1926 when he was 44 which would seem very late except that Gill wrote, “Drawing from life properly comes late in life rather than early. For the training of imaination is the first thing to be seen to...”.