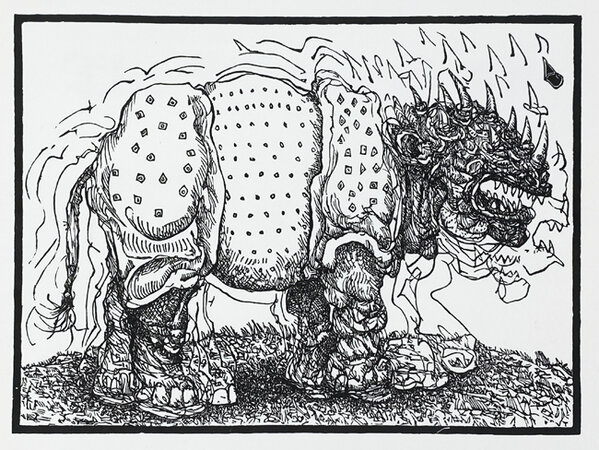 7 wood engravings by David Moyer inspired by the apocalyptic visions described in the seventh chapter of the Book of Daniel in the Old Testament, and printed from end grain maple blocks. One of only 75 copies, this no. 13 signed by the artist. Preface by Gretchen Heinze. Set in Fette Fraktur type and printed on Somerset Satin paper by Kevin Auer of Portland, Maine. Folio, very slightly rubbed in the original full black cloth, titles in gilt to upper cover.