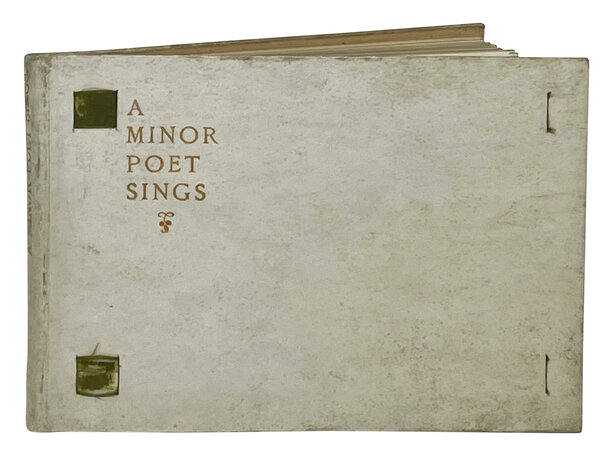 No. 4 of 6 copies on vellum (not for sale), signed by the publishers. There were 300 paper copies. Oblong 8vo., original cream paper covered boards with gilt lettering on spine and upper cover and green silk ties (the ends of which are lacking). Slightly grubby but internally extremely good.

21 poems by a ‘Minor Poet’ who dedicates the book “to my father, who stands sponsor for it, I dedicate this, the first child of my pen to receive the baptism of print”.
Francis Edwin Murray (1854-1932) was a Uranian poet who worked as a printer, bookseller and publisher at 180 Brompton Road. His later books of verse include ‘Rondeaux of Boyhood’ (1923) written as A. Newman, and ‘From a Lover’s Garden” (1924). He also was responsible for an earlier bibliography of Austin Dobson in 1900.
It has been said that Bruce Robinson used Murray’s verse as source material for Uncle Monty in Withnail and I...