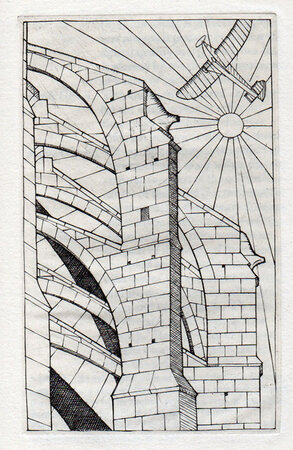 < >
One of 10 presentation copies monogrammed by Gill

A philosophical argument based on St Thomas Aquinas’s definition of beauty ‘Id quod visum placet’ (that which pleases upon being seen).
This as the first time that the engraving St. Thomas’s Hands appeared on the title page of Eric Gill’s writings, it was always used after this.